Art is always and everywhere the secret confession, and at the same time the immortal movement of its time – Karl Marx Since ancient age to modern art we have come across multiple art styles & movements. Most of them were new creation or transformation of one or other styles. Efforts by individual, group or brotherhood and schools lined up multiple art style in art history. This is my attempt to bring to light foremost & known art styles, movements and influence. If everything is not covered; its reference will be left for details.

If it is topic of art history then the most coined term would be an art style that covers the period of European history at the close of the middle ages and the rise of the modern world. An art style which born in 14th century and lived up to 17th century. An art movement which was later broken down in more than eight regional forms of development by historians. That means “rebirth” and was characterized by a radical development in the arts, medicine, politics and sciences in Europe.

That’s none other than Renaissance!! That was time in which individual expression and worldly experience became two of the main themes. Renaissance is Italian origin and later it was known as one of the most known European Art Movements. By region – Renaissance was identified by own regional movement in Italy, England, German, Northern Europe, French, Netherlands, Poland and Spain. By period it is known as Early Renaissance, High Renaissance, Harlem Renaissance and Northern Renaissance. The word Renaissance is now often used to describe other historical and cultural moments (e.g. the Carolingian Renaissance, the Byzantine Renaissances).

Leonardo da Vinci was the model Renaissance man representing the humanistic values of the period in his art, science and writing. Michelangelo and Raphael were also vital figures in this movement, producing works regarded for centuries as embodying the classical notion of perfection. Renaissance architects included Alberti, Brunelleschi and Bramante.

Renaissance Classicism sowed two different movements— Mannerism and the Baroque. Mannerism was a reaction against the idealist perfection of Classicism. The appeal of Baroque style curved deliberately from the amusing and intellectual qualities of 16th century Mannerist art to an intuitive appeal aimed at the senses. Baroque employed an iconography that was direct, simple, obvious, and dramatic.

Baroque art drew on certain broad and heroic tendencies in Annibale Carracci and his circle, and found inspiration in other artists such as Correggio, Caravaggio, and Federico Barocci nowadays sometimes termed ‘proto-Baroque’. Although Baroque was antiquated in many centers by the Rococo style, beginning in France in the late 1720s, more than ever for interiors, paintings and the decorative arts, Baroque architecture remained a practical style until the arrival of ascetic Neoclassicism in the later 18th century. Ingres, Canova, and Jacques-Louis David are among the best-known neoclassicists.

Neoclassicism was nothing but a reaction against both the surviving Baroque and Rococo styles, and as a desire to return to the perceived “purity” of the arts of Rome & Ancient Greek. Neoclassicism was also solitary representation of the American Renaissance movement. As Mannerism discarded Classicism, Romanticism too refused the ideas of the Enlightenment and the aesthetic of the Neoclassicists. Romanticism movement turned world’s attention toward landscape and nature as well as the human figure and the supremacy of natural order above mankind’s will. Hudson River School was highly influenced by Romanticism.

However Neoclassicism sustained to be a foremost vigor in Academic Art through the 19th century and beyond. Academic Art was a relentless antithesis to Romanticism or Gothic revival.

In 19th Century, after impacts of industrialization – Poverty, squalor, and desperation were to be the fortune of the new working class. Where Romanticism was optimism towards mankind; situation put art looking towards reality giving chance to Realism. Social Realism, Magic Realism, Photo Realism and Contemporary Realism are newer forms of Realism. Related movements were the Pre-Raphaelite Brotherhood and Arts and Crafts Movement.

Neo-classical movement rejected the extreme romanticism of Dada (that hunted the discovery of authentic reality through the abolition of traditional culture and aesthetic forms), in favor of control, religion and a dyed-in-the-wool political programme. Dada ignored aesthetics. Dada became an influential movement in modern art. It also influenced Surrealism, Pop Art and Fluxus.

Realism’s concept of seeing world by human eye gave birth to Impressionism. Use of bright color improving more visibility (as opposed to Academic art) and strokes that were mixed in viewer’s eyes were key features of impressionism. The Group of Seven was strongly influenced by European Impressionism of the late Nineteenth Century.

After its transformation of several forms; painting is yet breathing in ‘Contemporary Art’ and ‘Post Modern Art’. 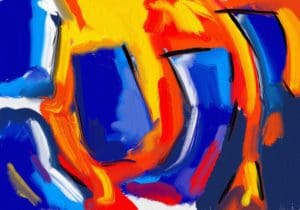